September 17, 2015 Posted in US Slot Casino News by US Slots Casinos • No Comments

The BingoForMoney USA casinos are having their weekly online bingo and mobile slots games tournaments with guaranteed cash prizes. Last week we saw some really fun contests and tournaments that paid out some lucky winners from the United States of America.

The person with the most amounts of tournament points on September 20, 2015 will win $2,500. There will be 9 cash prize winners in total so don’t worry if you do not come in first place. There is plenty of money to win this week playing Quest for the Minotaur online slots game for real money in the Tales of the Labyrinth online slots tournament. 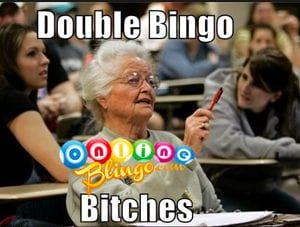 Early To Rise & Early To Win

The Back to School daily online bingo contest is still going on at BingoForMoney USA casino and bingo site. This contest has been running since September 1, 2015 and continues until September 30, 2015. The Back To School online bingo tournament allows the residents of the United States of America that play online bingo for real money that opportunity to win a cash prize just by logging in every day.