January 29, 2018 Posted in Cryptocurrency News by US Slots Casinos • No Comments

Bitcoin Alternatives’ (Altcoin) Prices Are Plunging As Countries Impose Bans. In recent weeks, the price of digital currencies is dropping. While it is true that the last one week they are improving, there is still fear. The bitcoin, world’s number one, is the most hit. But there are other such as the Dogecoin, Ripple, Ether, and others. But the question is, what is causing all these? Why the fall, a few weeks after the same coins record rises? This write-up delves into the reasons.

First, let’s look at when the coins are at the peak. As we look into this, we are trying to see the reason. We start by looking at the traditional digital currency. Back in the first quarter of December, the bitcoin is at around $10, 000. Other digital coins are not performing poorly either. Each has its price, which grows gradually. $DOGE is one of them. The cost of the BTC surges fast. Within 30 days, the price rises from $10, 000 to a whopping $20, 000. Also, this is so far the coin’s all-time peak. Investors will never forget this day. It is Thanksgiving Day.

Although it remains relatively high in December, the price drops in the end. In fact, the bitcoin stays at its peak for only 24 hours! The price starts to fall fast. As the cost of the BTC drops, other digital coins drop too. At one point, two weeks ago, the value of the bitcoin hits its lowest in 2018. The currency trades at $9, 199. Above all, this is where our interest is. Why does the coin hit its lowest? Why do coins suffer low sales? The most prominent reason is that various governments impose regulations. The rules are new. They are harsh on altcoins. Multiple governments and state agencies want to finish cryptocurrencies. 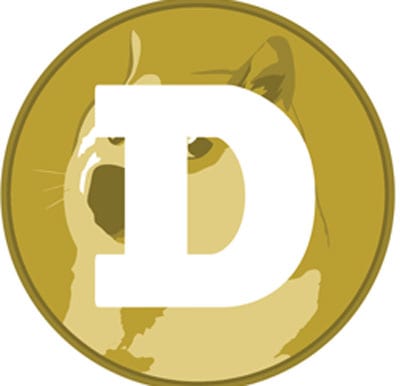 It is true that they are regulating. But the end game is to abolish the trade and finally do away with the trade. CoinMarkertCap says that in the last 24 hours alone, all the 24 Altcoins are losing. Their respective market caps are falling. The company says that only five of the top 100 digital coins increase in value.

Dogecoin, which comes into the market as a real joke is down by 10.13 percent. Perhaps, the worst hit out of the top 100 is Syscoin. It falls by 19.45 percent. As you can see, the market performance of these coins is so low. The most significant reason is the bans. Different governments are imposing stiffer rules.

For instance, when the bitcoin hit its lowest two weeks ago, South Korea says something. Then, the government announces that it will bring a ban. Later, the same government imposes strict regulations. Among the rules is that no foreigner will deposit money using local currency. The other state is that no exchange should handle an anonymous account. Failure to obey the regulations results in hefty fines. For now, as long as governments are terrible, the price of the Dogecoin Altcoin will remain low.

Previous News Article: Where Can I Find Casinos That Accept Ripple